Fouts, Brees, Rivers: No relevance to this post except that I love Chargers QBs

Apparently it’s all the rage now to make your own trick shot video if you’re a Joe Schmo quarterback. Like throwing balls into trashcans and pickup trucks is gonna make you the next starting QB for the San Diego Chargers. Well, guess what…anybody can do a trick shot. How’s that for tricky? This most recent trend started a few weeks ago when this joker, Johnny McEntee, the 3rd string QB for UConn decided to make a video. Welp, almost 5 million hits on YouTube later, I think it’s safe to say that’s what the public wanted. Impressive? Yes, but it’s also 5 minutes long and rather boring. Here it is. 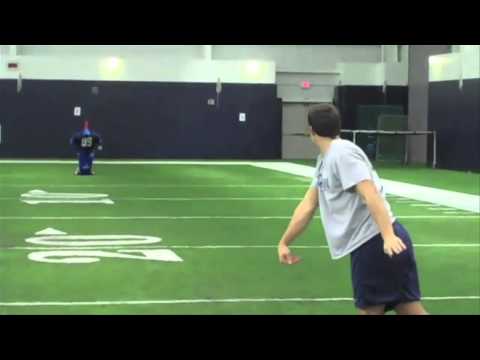 Shortly after, Deadspin posted a recap of how they made that video after Johnny Mac did a radio interview. You can find that here. Not to be outdone, Alex Tanney, the QB for Monmouth College just came out with his own little trick shot video. It’s 5 minutes long too, and even more boring than Johnny Mac’s video.

I’ve got a couple thoughts on both these videos. For starters, I wasn’t even 100% sure UConn had a football team, I thought they only played basketball and Johnny Mac, you’re THIRD string. How is that possible? You’re doing insane things throwing the football. Are you that awful at reading coverages, and scrambling and football in general? Good grief. I’d like to think if I could throw like that, I would be the next freakin’ starter for the Chargers. Turns out it takes a little more than an accurate throwing arm to make it in the NFL. *coughRYANLEAFcough* Same goes for you Alex P. Keaton Tanney… this is gonna kill you… I’VE NEVER HEARD OF MONMOUTH COLLEGE. I don’t even know how to say it. I don’t care. I want crappy QBs to stop making awesome trick shot videos… it’s false advertising, so knock it off.

Just to prove my point, I spent the last 13 seconds making a little trick video of my own. Once you watch it, you’ll be convinced I should be in the NFL… but don’t be fooled folks, it’s not true, I’m not good enough. It’s just the video tricking you. Click here to watch it. Oh, and that was only one take. Boom! NFL ready…