I Heard He’s Rasharded or Something

Guess what Rashard Mendenhall, you just earned Kook of the Week. You wanted to speak your mind via your twitter account (@r_mendenhall)…and who wouldn’t? So, let’s hear it, I’m sure the Pittsburgh Steelers will be thrilled.

Wait, you wanna hear the side of the psychotic mass murdering terrorist that admitted to being the master mind behind thousands of killings? I will say that the first line from my post when I first heard that Bin Laden was dead read, “It’s such a bizarre feeling to be so happy about somebody getting killed.” I don’t like death…and his death is not what I’m celebrating, I’m celebrating the fact that he can no longer kill others and terrorize nations. To again quote myself, “Regardless of your political beliefs or views…there is one less mass murdering asshole on the planet.” Apparently the Rashard does indeed disagree. Let’s hear what else he has to say…

Oh, so you’re now suggesting that 9/11 was an inside job? Oh!!!! Conspiracy theorists unite! This a good way to get America to rally around you as a professional athlete…especially the families of those killed on 9/11…they must think your views are very enlightening. What else ya got?

There were other tweets, but you get the point. This last tweet is the one that most blogs are going to leave out. Doesn’t really fit the profile for ripping someone to shreds for their idiotic comments. I actually agree with this tweet. However, this tweet, along with most anything in life…needs to be taken into context. In this context, the Rashard is suggesting that President Obama, or America, or somebody in the military… took judgment into their own hands, and we should NOT have killed Osama Bin Laden. That, I disagree with. What he is not considering is that God does indeed work through us… speak through us… giving us strength, focus, and wisdom to do things that maybe we couldn’t do on our own. Maybe, just maybe, this was one of those times. I’m not God, I don’t know… but I do know that the next time you, the Rashard, want to speak your mind… it might be best to stick to reading blocks, picking your running lanes, keeping your knees high, and not fumbling the football. Am I celebrating a murder? No, no I’m not… Am I celebrating a world that has one less mass-murderer on it? Yes, yes I am.

For my esteemed readers that may have missed the brilliance of my headline, I offer you this. Thank you, Billy Madison. 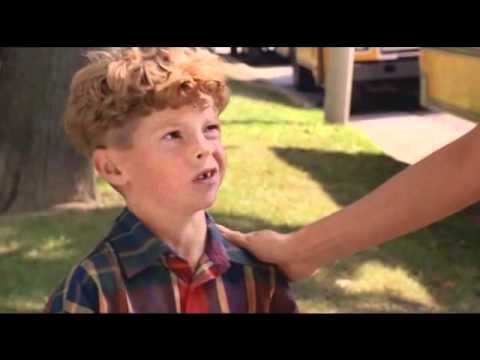 This entry was posted in Events, Football, Kook of the Week, NFL, Politics and tagged @r_mendenhall, 9/11, billy madison, Bin Laden, For those of you who said you want to see Bin Laden burn in hell and piss on his ashes, I ask how would God feel about your heart?, I believe in God. I believe we're ALL his children. And I believe HE is the ONE and ONLY judge., I Heard He's Rasharded or Something, i heard he's retarded or something, Osama Bin Laden, Pittsburgh Steelers, President Obama, Rashard Mendenhall, Rashard Mendenhall twitter, There is not an ignorant bone in my body. I just encourage you to #think, Those who judge others, twitter, We'll never know what really happened. I just have a hard time believing a plane could take a skyscraper down demolition style, What kind of person celebrates death? It's amazing how people can HATE a man they have never even heard speak. We've only heard one side..., will also be judged themselves.. Bookmark the permalink.