Billabong has teamed up with Shane Dorian and created a wetsuit for big wave surfers that will inflate and bring the surfers back up to the surface of the water if they eat it on giant wave. This is just freaking awesome. When I was a freshman in college, El Niño came through, and I thought it was a good idea to go surfing with JayDub out at Blacks Beach, one of the best breaks in the whole world. The waves were fairly flat when we paddled out, but soon, sets started coming in double and triple overhead with a force and power I’d never experienced before. After getting caught on the inside once, I freaked out and paddled past the break. There I stayed, scared for my freakin’ life for over an hour, just stuck with no where to go because if I paddled in, I feared another giant set would come through and just kill me. Since then, call me a pansy if you want, I won’t paddle out if it’s overhead. Sally, I know. This wetsuit certainly wasn’t designed for the novice surfer like me, but man, this is huge for the wonderful world of big wave riders. I love watching these dudes surf, and it will be nice to be able to watch without constantly thinking you’re watching someone die upon every wipeout.

It’s about 5 minutes long, but if you like to watch the video of how Dorian came up with the idea and pitched it to Billabong, go ahead and give it a watch. 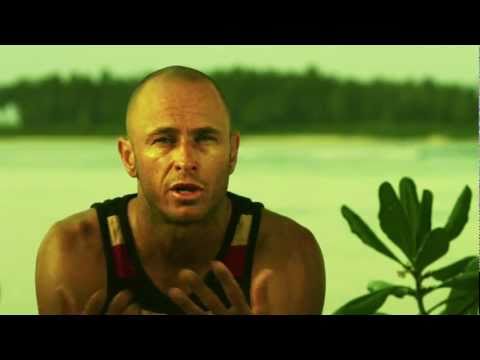 Side note: Remember when Shane Dorian was the star of the movie “In God’s Hands“, which was supposed to be this grand entrance for the surfing world into the world of major motion pictures? The movie was released in 1998, which just happened to right after I got stuck out at Blacks. It was just a horrible movie. Amazing wave riding in the movie, but as a movie, just abysmal. Anyway, here’s a screenshot for Shane Dorian in the movie… which means that he’s aged, what… 40 years in the 13 years?