That’s good stuff right there. On a normal week, I play pick up hoops twice a week with Caster, Body, Mac, and a few of our other buddies. It’s a great time, and every once in a while, a dude that’s not part of our crew joins us and that guy will inevitably fall into one of the 11 categories of the video posted by Josh Sneed and a few of his comedian buddies. It’s hilarious. Saw that video years ago, which makes sense because it was posted on YouTube in Aug of 2007. It’s got over half a million views. Impressive. Well, fast forward six years to Aug 2013, and a bunch of you lobsters start forwarding me this video from some guys that call themselves DudePerfect. I watch it, and think … huh, funny, but I saw that video years ago… only it was funnier the first time. Josh must’ve had these guys re-make it, right? Maybe they’d have better resources for production quality, etc. Nope. Not the case at all… just a blatant rip off of Sneed’s work. Watch it here: 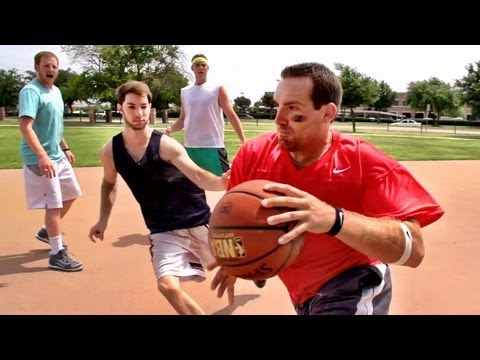 Pretty funny. Obviously they put their own spin on stuff, but how can you not give credit to Josh Sneed and his buddies for making it first and inspiring it? I’m sure just a simple acknowledgment would do, right? I don’t know all the laws when it comes to copyright and/or plagiarism, but man, these DudePerfect guys are walking a fine line, no? Also, I’m not some naive internet newbie that doesn’t understand that people steal stuff from people all the time on the internet and claim it as their own. I get that. But I know Josh Sneed, he’s a good dude, and a full time comedian. I bet it’s a grind to be a comedian full time and I bet that grind becomes a helluva lot more difficult when you see people steal your idea, and get almost 3 million YouTube views (equaling ad money), not to mention the exposure that YouTube, ESPN, SI, etc. has given these dudes.

Is the video funny? Yes. But c’mon, give credit where it’s due…

This entry was posted in Basketball and tagged josh sneed. Bookmark the permalink.