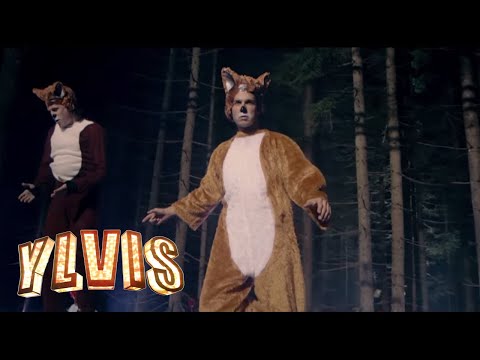 Gawker – Sure, summer is almost over. And we’ve already had plenty of worthy pretenders to the “Song of the Summer” throne. But that just makes this unknown duo’s accomplishment that much more impressive.

Perhaps calling Bård Ylvisåker and Vegard Ylvisåker “unknown” is somewhat unfair. They’re plenty known in their home country of Norway where they go by “Ylvis” and have their very own talk show on TVNorge.

And as part of the promotion campaign for that show’s upcoming season premiere, Ylvis released a music video for a song unassumingly called “The Fox” which went on to set the world of sound on fire.

Hot fire. Any award show that is thinking of having Miley Cyrus perform needs to get these jokers on board instead. Team Fox.

This entry was posted in ART, Music and tagged Ylvis, Ylvis - The Fox. Bookmark the permalink.