Wanna know how to make a great case that you need to be cut-off at the bar? When the bartender/owner cuts you off and tells you to leave, you sneak-attack an employee and beat the crap out of him for ten seconds. Yikes. 10 News obtained the video and stated that it:

“…shows San Diego Chargers linebacker Thomas Keiser attacking a restaurant employee. Keiser is seen attacking an employee of barleymash, a downtown bar and restaurant. The fight landed the football player in big legal trouble. In the video, Keiser is seen going to the restroom and then sitting in a chair for about 1 minute and 15 seconds. He then grabs the employee, who is wearing a plaid shirt, from behind. Keiser throws him to the ground and punches him several times and then runs back into the main restaurant area.”

This is a terrible, terrible look for Keiser. Reminder, Thomas Keiser is a physically intimidating beast out on the field. I understand how random bar fights can break out in the heat of the moment… never advised, but quasi-understandable if self-defense comes into play, etc. Back in December, when we found out about this arrest, I wrote a blog accurately titled, Dammit, Keiser – and pondered “Obviously, I have no clue what went down, but what kind of idiot picks a fight with this guy? Don’t you just avoid him at all costs? I would.” ‘Twould appear nobody picked a fight with him. Sure looks like Keiser is just sitting there, waiting to attack, right?

Like he’s on the prowl? Pouncing in outta nowhere for the reverse choke-hold toss the floor beat down, then scram. I bet our buddy Bill Johnston, PR Director for the Bolts, is gonna have his hands full today. Because right now, the video makes Keiser look like Simba learning how to hunt. There is a softer side to Thomas Keiser, that you don’t see in sneak-attack video. How ’bout a little yoga with Annie Heilbrunn? Sure, why not. 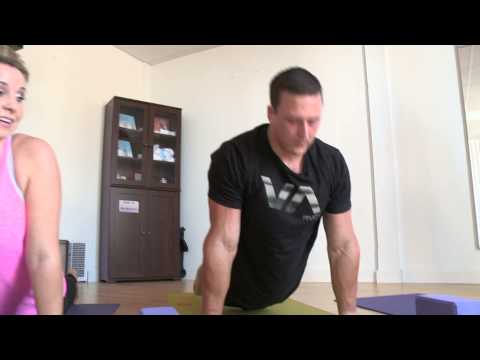 Will be curious to see how Tom Telesco and Magic Mike McCoy handle this one… suspension? Keep in mind, he’s already plead guilty and the legal system has already run its course for Keiser.