Is Boycotting the NFL the Answer? I, like you, am disgusted by Ray Rice. I’m disgusted that the footage of him punching his soon-to-be wife has been on the news loop since TMZ released it. Every Tom, Dick, and Harry has blogged about it and given their two cents. I’ve heard the “BOYCOTT THE NFL!” chant, and as much as I love the idea of sticking it to Roger Goodell… for me, a boycott just isn’t realistic. 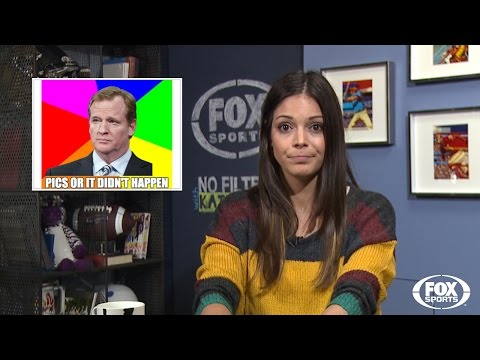 Fast forward to today… and the above video from Katie Nolan. It’s brilliant. I love it, and love her. She’s smart, clever, and dedicated. Fight back, Katie! “It’s time for women to have a seat at the big boy’s table,” she says. I say she’s right. Fight fight fight, Katie!