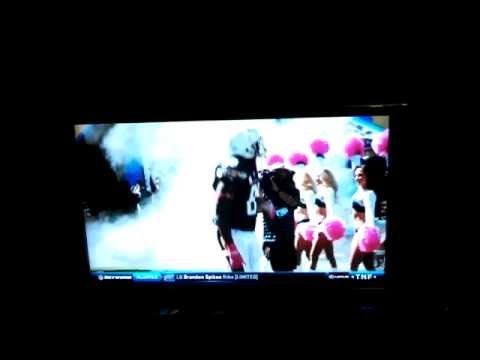 Philip Rivers. What a stud. Can’t hear anything these clowns are asking him on the field in the middle of a halftime show… still managed to give great answers to questions he basically made up in his own head. Amazing. I didn’t see it live because I was putting my kids to bed, but I asked for it once I saw how twitter responded, which was brilliant.

Philip Rivers is so good this year that he’s conducting both sides of this interview.

Philip Rivers did w/ that halftime interview on TNF what he’s been doing this season on the field — making the best of whatever he’s given. — UTKevinAcee (@UTKevinAcee) October 17, 2014

Rivers can’t hear them at all and is still talking and being cool. Don’t think TV execs aren’t taking notice. — Bolts From The Blue (@BFTB_Chargers) October 17, 2014

Rivers should have worn his helmet with the speakers.

That interview started to seem more like a Saturday Night Live skit. I was waiting for a rocket ship launch to happen in the background. — Jeff Darlington (@JeffDarlington) October 17, 2014

MAYBE DON’T INTERVIEW ME IN THE MIDDLE OF A HALFTIME CEREMONY, FUCKNUTS pic.twitter.com/BCUVFZIHgc — Marmalard (@KingLaserface) October 17, 2014

The next time I interview Rivers I’m only going to give him every third word of my questions. — Ben Higgins (@BenHigginsSD) October 17, 2014

Philip rivers did an amazing job battling thru audio issues during 1/2 time interview!

Props to Phillip Rivers for being super cool while not understanding a single word of that half time interview. — J Crowley (@jcro) October 17, 2014

Keep in mind, the last time Rivers did an interview with the Thursday Night Football crew, he showed his bolo time and rattlesnake skin boots to the world… 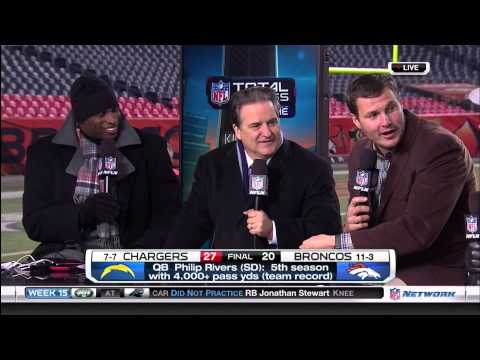 The legend of Philip Rivers grows…

[lead image via @NFLonCBS – thanks to Damon, @nutzgrant for the video]