What you’re about to watch is a miracle… give it a look, and I’ll explain how… 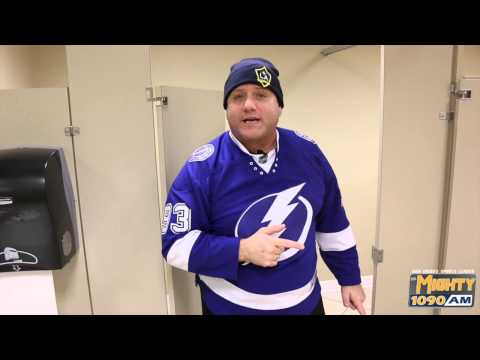 I know what you’re thinking, “That looks like a cheap Jr. High school project gone bad, not a miracle… what are you talking about, BP?” I’ll get to that… first, let’s play catch up. I don’t have any San Diego “sports radio alliances” or anything, I have friends at both The Mighty 1090 and XTRA Sports 1360 Fox Sports San Diego. I listen to whoever is best on the air, doesn’t matter what station they’re on. Also, I’ve said this before, and I’ll say it again… If you’re here, you know I’m bit of a self-proclaimed San Diego sports media critic. I’m not a journalist. I’m a blogger. I offer up very biased opinions. I’m not objective. I’m very subjective. Just making sure we’re clear on that. Now, let the overreactions begin!

WHAT THE HELL IS THE MIGHTY 1090 THINKING WITH THIS “DROPPIN’ KNOWLEDGE WITH DAN SILEO” CLIP? Creating this clip might be the Mighty 1090’s worst decision since hiring Dan Sileo. I wrote about him when he was hired. Previously “Sileo had been fired for calling 3 African American NFL players “monkeys.” He’d been fired for a series of sexist tweets to Erin Andrews that included him telling her to “bake me a cake.” Most recently, he’d been fired for putting a bounty on a Florida State player on his Twitter account.” I also tweeted a few things…

Also, for all of you San Diego sports fans that are thrilled about Hacksaw leaving… just know this Dan Sileo clown… is actually WORSE.

But since then… I’ve mostly left Sileo alone. Why? Because he’s not worth my time. I’m not going to listen to his show… so I can’t really accurately critique it. So, I’ve just let him be… wondering all along why 1090 hired him in the first place. Then this video clip happened… I can’t be silent any longer.

Let me be clear on a few things… I actually think the message here from Sileo is fine. It’s safe. He’s supporting athletes’ right to free speech, their right to defend social injustices. He’s commending guys like Lebron and D. Rose about their “I Can’t Breathe” shirts (interesting he didn’t mention Melvin Ingram on the hometown Chargers who did the same thing) He mentioned: “We get on people so much in the sports world for not being able to express themselves…” Well, Dan, you’re right, we do. Same applies to the media themselves. Here we go…

Again I ask… WHAT THE HELL IS THE MIGHTY 1090 THINKING WITH THIS “DROPPIN’ KNOWLEDGE WITH DAN SILEO” CLIP? Who thought the premise for this was a good idea in the first place? Ohh… droppin’ knowledge! — actually filmed in a bathroom stall!!! — A huge water plopping sound with a fart noise, with a headline font that looks like actual poop splashing out of a toilet!!! Droppin’ knowledge… droppin’ a deuce… in the bathroom… GET IT!? OH!!! THIS IS GONNA BE HILARIOUS! No. No no no. It’s terrible. It’s juvenile. It’s so far from funny that I can barely wrap my head around this. This kind of ‘humor’ might have been funny when I was in elementary school. Maybe. That’s just my critique on the idea behind this. Now, onto the content. It takes a lot to offend me. I’m not above laughing at things I probably shouldn’t laugh at… but this, this isn’t funny, this is downright offensive.

Also, an LA Galaxy beanie with a Tampa Bay Lightening jersey? Way to be in touch with your San Diego sports audience for your inaugural episode.

Remember that ‘miracle’ we talked about? It’s a miracle that Sileo was able to actually take a worthy stance on something, the right for players to protest and express their view on terrible social/racial injustices, and somehow SPIN IT TO BE OFFENSIVE. You just climbed out of a bathroom stall with your hands up, jokingly saying, “I can’t breathe! I can’t breathe!” Haha! You thought it was funny to joke about how a man died on the streets with how terrible a bathroom stall smelled? The hell is wrong with you, Sileo? Good grief, man, talk about ignorance and insensitivity. As a privileged white male, I understand the irony of me calling out another privileged white male on his insensitivity to a subject stemming from horrendous injustices from white authorities on black men. My right to speak to this… is a topic for another blog. The topic of this blog is centered directly around a guy, who’s been fired for both racial and misogynistic insensitivity, being once again, completely oblivious to the sensitivity of the subject he’s speaking on.

Amazing that 1090 allowed this to happen. If you’re not like me, if you think I’m once again overreacting and making something out of nothing… well, you’re in luck. Your boy Sileo just released a volume two of Droppin’ Knowledge. 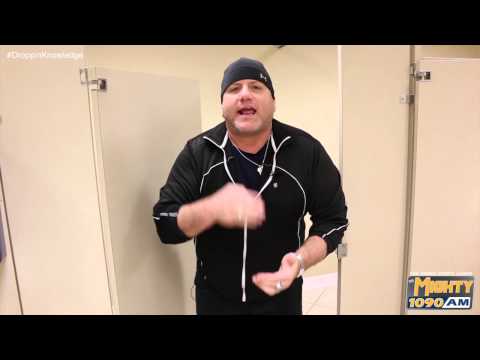 This one features an extra post-pooping grunt and sigh from Sileo before he comes out of the stall. Hilarious!

This entry was posted in Media and tagged Dan Sileo, droppin' knowledge with dan sileo, the mighty 1090. Bookmark the permalink.